They walk a different path than most other people. And have made a conscious choice for freedom. Three women tell their story…

Jinny Thielsch (63) is a Feng Shui, Astrology and I-Ching consultant.

‘We were all born with a jar of life’s energy.’

I was born in Indonesia in a beautiful, large house surrounded by the most beautiful nature, when we arrived in the Netherlands and went to live in a flat in a suburb, I felt very unhappy there. I could not settle in the study benches nor in an office, I was always looking for more freedom. When I lived in a squat in Alkmaar and ran my own clothing shop there, a friend told me about the squatted hippie and artist village of Ruigoord. Years later, I actually lived there, when I had a relationship with my husband Gerben (Hellinga, writer, ed.), one of the first residents. I felt right at home, it was as if I had finally found my own tribe. Everyone who came to visit was immediately part of the same tribe, Ruigoord was a special sanctuary for creative spirits, a breeding ground avant-la-lettre, where everyone could be themselves.

After years of struggle with the municipality, eventually we had to leave Ruigoord, because of the advancing port industry in the area, people were no longer allowed to live there. We did manage to save it as an artist’s village and we can still celebrate special parties. Together with Gerben I have a studio there, it’s a small green oasis, where I still love to be.

I have always been concerned with astrology, with nature, Taoism and the I-Ching, an age-old philosophical system, which you can consult if you really can’t figure something out for yourself. I work as a Feng Shui consultant at people’s homes or in the business world and I clear houses and pieces of land; by means of a ritual I free a place from the negative energy that is anchored in the soil. I have had clients all over the world, who before building, had their properties cleared first. In Indonesia this is quite normal, but in the West they often look at it with a bit of scepticism.

Taoism has also taught me to celebrate life, and to see adversity as something positive. A funny example: one day I was walking around with sand in the sole of one shoe. It bothered me a lot, but I didn’t do anything about it. Until, after an hour of walking, I finally stopped to empty my shoe, and found a fifty euro note right there on the street! Sometimes things need to go wrong in order to get you on the right track in the end.

We were all born with a jar of life’s energy, that energy can be wasted, but you can also make sure that you keep refilling this jar. For example, by eating healthily, exercising, but also by creating a lot of great memories. Because in the end life is what you remember about it. 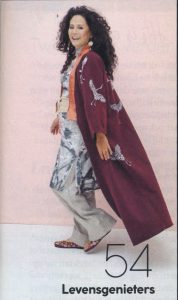 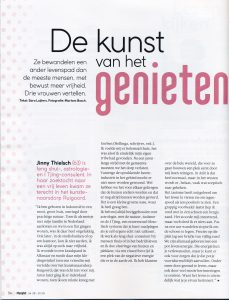 ‘You did a wondful job! Thank you so much for being there.The day you wrote the email I felt the appartment of my mum lighten up.There was so much confined and compessed engery in there before.Your description of the deceased man exactly fits what he used to look like.’

Since meeting Jinny, it has been a huge life changing journey. Jinny was definitely a huge catalyst for change for me and one I am so glad I started.
If you are looking to make positive changes in your life, consider discovering Feng Shui. It can be life changing 🙂

Can’t control my excitement 😀 I’m reading the Feng Shui report for my new house. Wow!!!! So in-depth and exactly the Feng Shui advise I was looking for. My husband is relieved there is nothing too drastic to change too. Looking forward to getting the keys 28th March and doing the land & space clearing and living in my dream home. Thank you so much! You’ve exceeded all my expectations and wouldn’t hesitate to recommend you 🙂